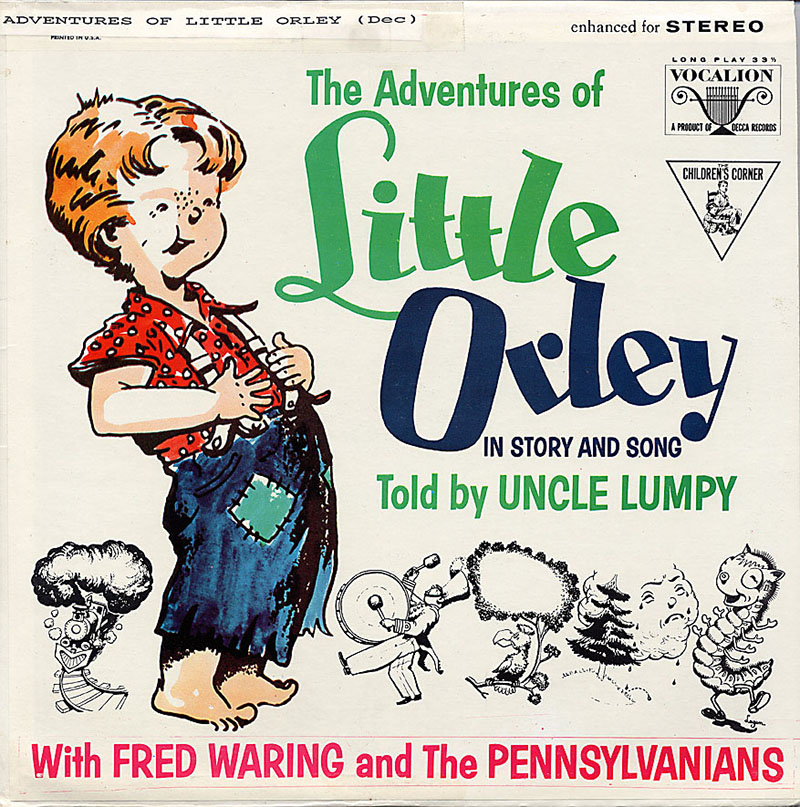 From the liner notes:

The newest hero of America’s small set is a chubby, freckle-faced youngster with hair the color of a strawberry soda and a smile that would put the sun to shame. His name is Little Orley and his popularity has snowballed to such an extent that a little Orley book is in preparation, a Little Orley comic strip is to be syndicated and the Decca records about his adventures have hit the best-seller lists all over the country.

Little Orley, a small farm boy to whom amazing and amusing things have a habit of happening, is the brainchild of Hugh Brannum, a bass player in the Waring orchestra, whose almost instantaneous success as Uncle Lumpy is the newest pride of the Pennsylvanians. Brannum happens to have been a country boy himself and still commands that wonderful way with words sometimes described as hillbilly dialect. It is in these homely and humorous accents that he narrates his whimsical tales about Orley.

Originally, Brannum started out merely to write some countrified songs and sketches for the Waring organization. Then he tried giving standard nursery stories the benefit of his own considerably revised interpretation. Running out of this material, he began creating his own stories — and thus Little Orley sort of grew into existence.

On the air, as well as on this record, all the Pennsylvanians — Fred, the band, the singers — often “get into the act” supplying the music and the sound effects which help to make the Little Orley stories so delightful. 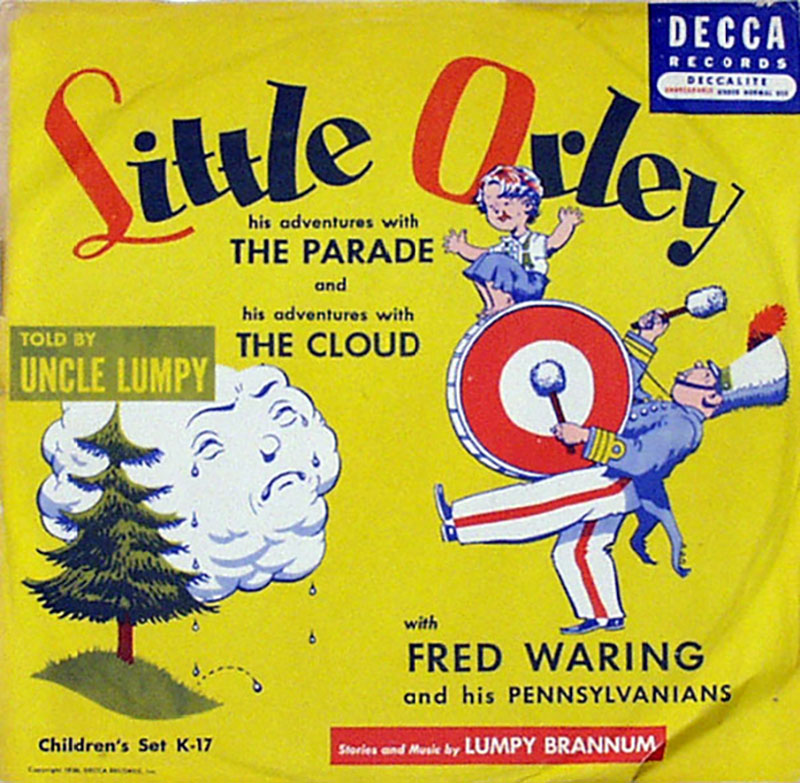 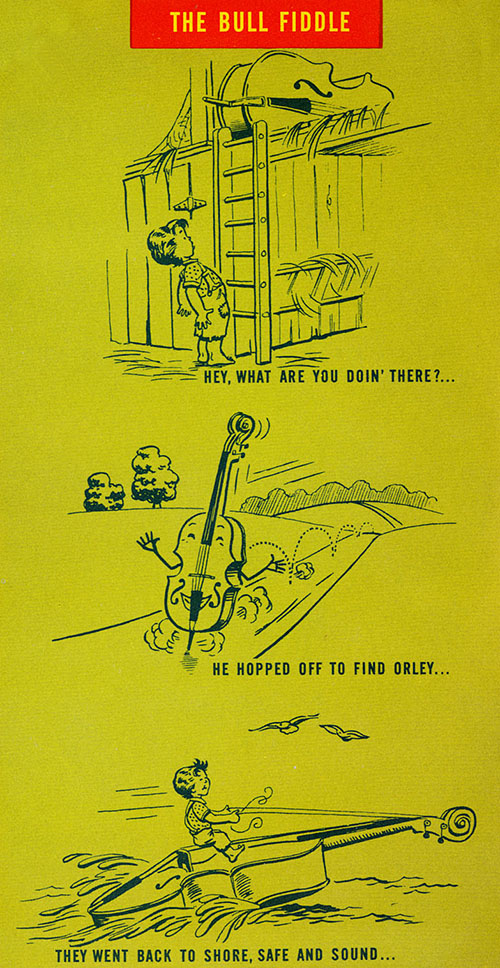